What Is The Relationship Between Food And Autism?

“They are a super picky eater. They won’t eat vegetables.”

These are some of the most common words I hear from the parents of my autistic patients.

Of course, we all know that eating our veggies is healthy, but for a child on the spectrum what the bacteria would do with that fiber can have a massive impact on how their immune system and brain work. There can be a few reasons they might dislike these types of foods. They may have too many bacteria in the small intestine due to poor bowel motility and they could cause pain and bloating.

There could also be the possibility that a child on the spectrum could have their parietal lobes affected. This could lead to an aversion to the texture as well as the taste. Since there is typically altered sensory perception with a child on the spectrum this can include the lips and tongue, which have a lot of real estate on the homunculus, or the taste themselves.

Also, the concept of exorphins is where certain foods can activate opioid receptor sites, literally making a child addicted to the very foods that has the potential to be the most problematic. When a parent asks me what foods their child should avoid, I typically ask them what foods they seem addicted to and we have some of the answers.

Although the research is still being done, it is becoming more apparent that either the child themselves or the mother suffers from a pattern of immune activation that can lead to disrupted gut barrier, which can contribute to an alteration in not only bacteria, but as well as how the immune system in the brain responds to immune insults and the proper development of the nervous system.

Since bacteria are responsible for metabolization of foods, extracting nutrients, building neurotransmitters, and modulating immune function, this can lead to an inflammatory cascade and cycle. The diet can become narrower, bring further nutrient depletion,  cause more of a microbial imbalance, all of which cause more of a pro-inflammatory environment.

Although most people with chronic disease have some form of inflammatory response, researchers have eluded that when a subset of immune cells called TH17 are brought into the mix either in a pregnant woman or an autistic child themselves, now we can see this can drive the inflammatory response so imbalanced that a neurodevelopmental disease is more likely to develop.

When bacteria eat fiber, they make different compounds called short-chain fatty acids (SCFA) that can totally affect how the central nervous system works by activating several parts of the enteric nervous system. Some of the fancy words are ‘G-protein coupled receptors’ and ‘histone deacetylases’… with the latter being a way that gene expression is modulated with the catch-phrase ‘epigenetics’ and now the brain’s function can start to change. There is even data demonstrating that this can lead to an increase in oral tolerance, so the immune system won’t target foods as ‘bad guy.’

The concept of oral tolerance is where the immune system is told to ignore foods that are being consumed so they don’t contribute to an inflammatory response. This can be a large catch-22 in the sense that the less diverse a child’s diet, typically the lower their oral tolerance of foods, so unfortunately, the immune system and microbiome get painted into a corner that can be difficult to get out of.

In particular, one SCFA called butyrate seems to take the gluten-free cake. Not only is butyrate a primary energy source for cells in the large intestine to ‘fix the gut’, but it also has a great impact on the immune system healing the gut lining. It also helps fight the bad bacteria that can be driving the immune issues in the first place. Butyrate helps turn off pro-inflammatory signals as well as turn on anti-inflammatory signals and bring balance back to the immune system by helping with something called T-regulatory cells which can really help with doing exactly what they sound like they do, regulate the immune response.

This is especially important given that the brain and GI tract are in constant communication, not only via the vagal nerve, but the sympathetic nerve fibers send signals directly to the brain. Given that the microbiome and inflammatory cytokines are an important part of this relay system, their involvement with something like Autism shouldn’t be ignored. For those of us that have been doing this enough, it is blatantly apparent that there is immune system involvement, with some articles showing upwards of 70% of children on the spectrum have an autoimmune disease process going on in their brain. Hence, to help modulate the altered immune response, the bacterial by-products of fermenting fibers can go a long way in helping bring balance to the immune response, gut lining, and nervous system.

Although only one piece of the puzzle, giving the gut and immune cells of a child with ASD what they need can really help. But on the back end, a large goal is to have these kids lose their taste aversion and start eating veggies and other healthier foods. To accomplish this, we have to address the root causes of their food aversions. This means addressing proper magnesium levels of the brain and rebalancing gut microbiota.

Once we see how all the pieces are connecting, we can paint the clearest picture possible. Since each child is unique, each picture is unique as well. The good news is, once a path to healing is identified in a child, the effect can snowball in the sense that the fewer food aversions a child has, the better the gut and immune system work, so the better the brain works, so the more foods they will eat, and the cycle continues 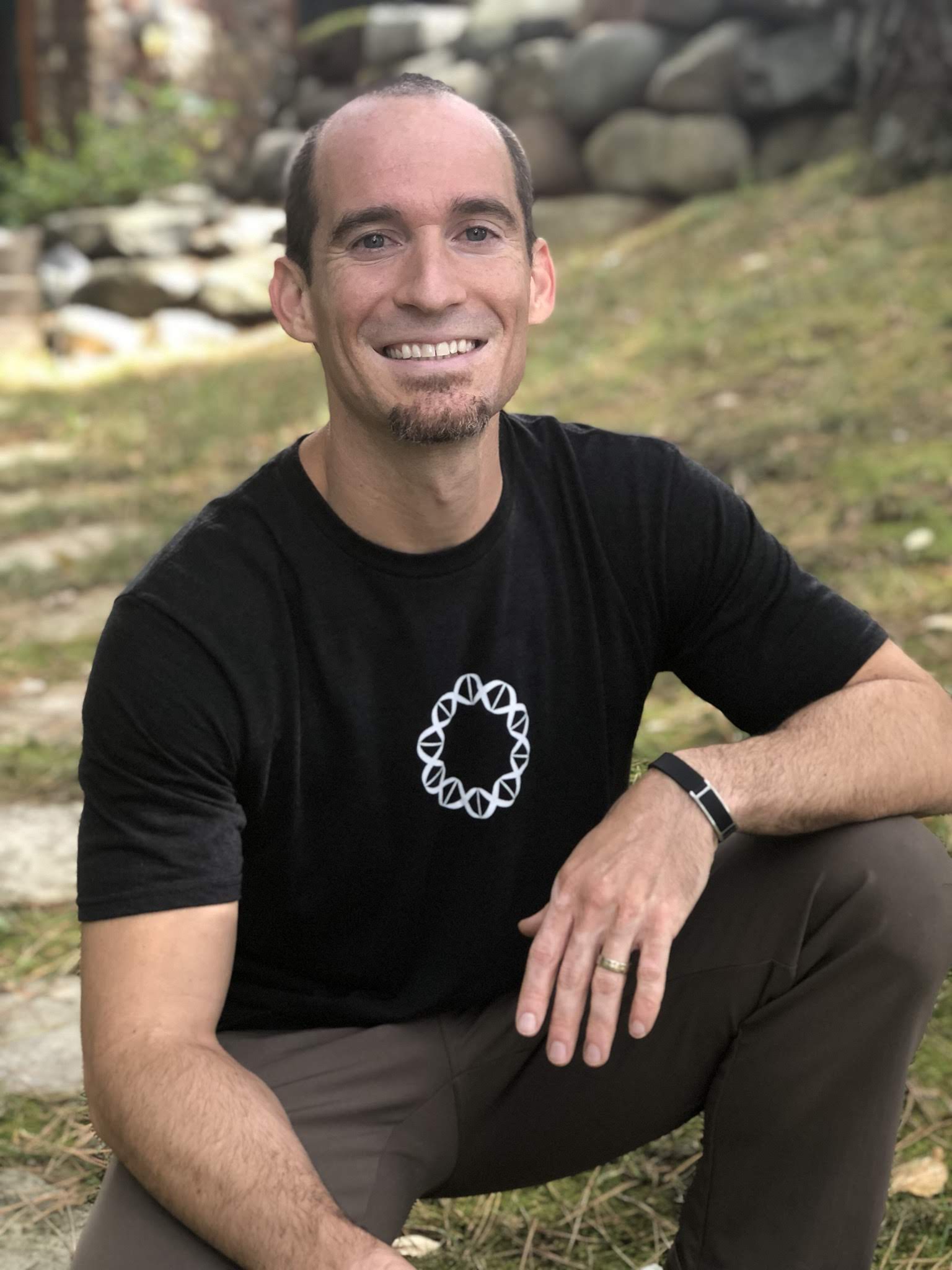 For the last four years, he has served the Living Proof Institute as Clinical Director. After training hundreds of clinicians in functional medicine and functional neurology, a large part of his focus is to bring awareness to the healing potential of the human body metabolically through functional medicine and promoting neuroplasticity through functional neurology to help with the rising occurrences of chronic disease and providing solutions for complex health problems.

Dr. Seigler has success in addressing neurodevelopmental and neurodegenerative diseases, autoimmune conditions, digestive complaints, as well as the adrenal, thyroid, and hormonal imbalances that are common in chronic diseases. By combining Functional Medicine and Functional Neurology, a personalized, long-term strategy can be developed to help maximize the healing process.

The Truth About Sleep, Weight Gain, and Chronic Inflammation [Part 2]

In Part 1 of this blog, we explored the many negative ramifications that poor sleep can have on our bodies: weight gain, mood disorders, low immunity, memory loss, lethargy, and brain fog to name a few. Despite popular opinion, it’s not “normal” to experience these...

END_OF_DOCUMENT_TOKEN_TO_BE_REPLACED

The Truth About Sleep, Weight Gain, and Chronic Inflammation [Part 1]

“Even a soul submerged in sleep is hard at work and helps make something of the world.” — Heraclitus With bloodshot eyes and the lethargy of an aging sloth she impatiently waits in line at the drive-through, already feeling anxious over the sugary caffeinated beverage...

END_OF_DOCUMENT_TOKEN_TO_BE_REPLACED

The 7 Reasons Why Most Weight Loss Programs Fail

Did you know that only 1 percent of people who lose weight will sustain that weight loss for more than a decade?  So why do most weight loss programs fail?   7  Reasons Why Most Weight Loss Programs Fail:  1. They don’t focus on HEALTH: Most programs don’t focus on...

END_OF_DOCUMENT_TOKEN_TO_BE_REPLACED

Is Stress the Root Cause of Your Weight Issues?

Are you stuck in a cycle of feeling chronically stressed? If so, you’re not alone- almost half of Canadians report being “really or seriously stressed” at least once a week and 16% report feeling really stressed every single day. These numbers are probably even higher... 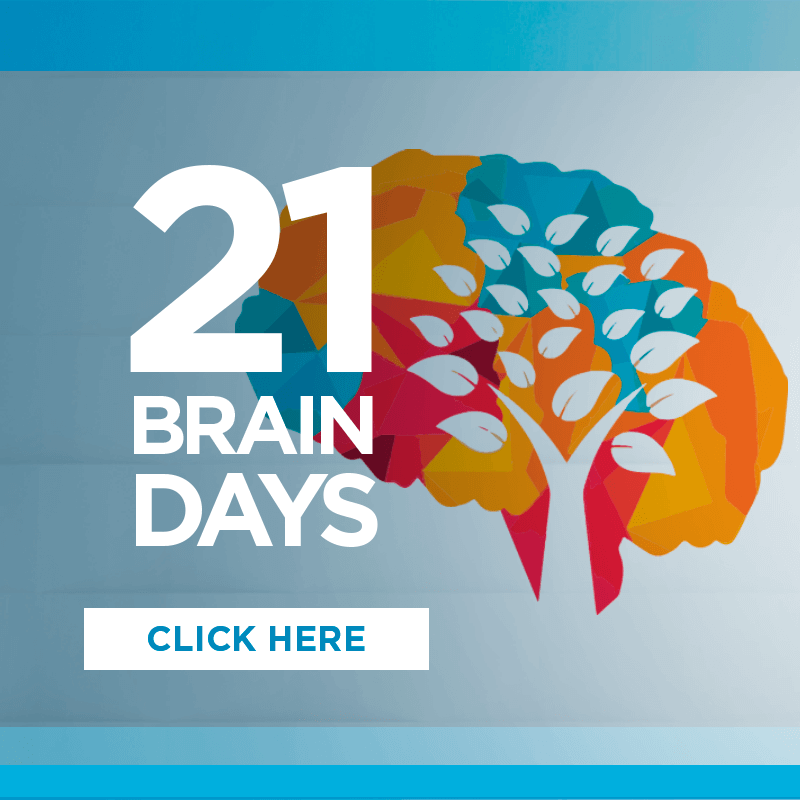 About the Author: Dr. Jared Seigler

Dr. Jared Seigler is a Doctor of Chiropractic and has been a Certified Functional Medicine Provider for the past seven years. After watching the health of his loved ones erode without any real answers being provided, he became passionate about utilizing the body’s own healing potential.

By focusing on the root cause of why a person doesn’t feel good, now they are able to put their body in a state of healing, growth, and repair. Dr. Seigler helps a person figure out ‘why’ they don’t feel good instead of figuring out ‘what’ they have. He is also trained in hundreds of hours of Functional Neurology to help promote growth, development, and healing of various regions in the central nervous system.

Our Mission at The Living Proof Institute is to address the root cause of your health issues and restore your health and vitality. Through partnering and education, you will receive the tools and direction to live an extraordinary life.

I started working with Dr. Seigler after the birth of my 5th child. I was feeling extremely tired, not sleeping well and having extreme PMS that consisted of brain fog, difficulty concentrating and staying focused.

Shortly after receiving my test results back he implemented a nutritional and supplemental protocol for things my body was lacking or had an abundance of.  Almost immediately I started sleeping better and had more energy.

After several months of following his protocol my energy was through the roof, my brain fog, lack of concentration and lack of staying focused had all disappeared.  Everything that I wanted to accomplish while working with Dr. S  was completed.

He exceeded those expectations and it’s so wonderful to have some sort of normalcy back with 5 kids.  He gave me the tools that I needed during a tough time.